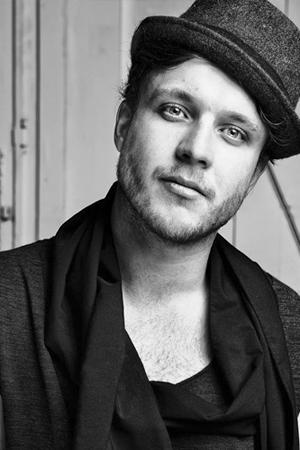 Marcel „Freigeist“ Kape, born in West-Berlin, has always had a love affair with creating his own sound, but it would be a little while until he would discover and devote himself to the Techno subculture. At first, it was the heaving bass and the driving hi-hats in the Hip-hop culture that captivated and developed his musical ear, and so from an early age, he produced rap recordings and mixes with his friends.

He distinctively remembers that it was 2006 when he first got in touch with (or perhaps more fitting: was touched by) electronic music. It was the life-changing experience of attending the Loveparade festival in Berlin that would unleash his unfading love for Techno and House.
The first project he took on was a collaboration with Fred Wendekind, from the Berliner/Schweriner event series Wach&Fröhlich.

Behind the scenes, Marcel eagerly acquired and perfected his skills as a DJ and quickly learned how to spin a record or two.

October 2010 was another turning point, because it marks the time when Marcel Kape became Marcel Freigeist and he put his hard work into practice for the first time in front of an expectant crowd. His DJ-set worked a beaut, as he generated sophisticated rhytms, gently combined with uplifting piano pieces. Over time, his own style became more and more refined, which he now refers to as Tech-, Deep-, Loopy-House. This last classification stems from using loops in the transitions such as to single out individual sounds like claps, drums and snares and filtering them out/mixing them in smoothly using 1-/2- loops. This creates a signature sound along the lines of „everything is possible“ and „let the flow roll“. Marcel’s ultimate goal is to blend together his greatest loves, that is, bring Hip-hop as well as other ends of the musical spectra together with Techno and House such as to create a harmonious cocktail, one that we haven’t seen on any menu before – best enjoyed ice-cold – shaken, not stirred.

This signature sound hasn’t gone unnoticed and his name travelled beyond the borders, with appearances in cities such as Milan, Bergen, Barcelona, Paris, Lille, Toulouse, Amsterdam and Helsinki among others. Marcel has even tried himself as a producer and is working on releases with the label „Feingefühl“. Since 2011, he is part of the DJ duo „Used“ together with his friend and companion Janek.

Marcel has enjoyed a lightning start, playing in clubs like „Kater Holzig“, „Wilde Renate“ and „Cookies“ and we can look forward to seeing him at gigs like Fusion Festival and the (off-) Sonar Festival. Marcel Freigeist – he is certainly one to watch out for!