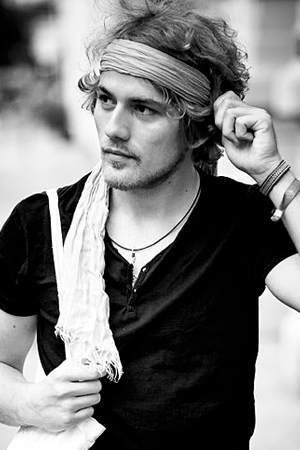 Music always played a huge role in the life of High Had. Ever since he was a child his ears have been wide-open for all sorts of music but it was the Old School of Hip Hop which flashed him the most when he was a teen.
2009 he finally moved to Berlin and first got in touch with the electronic music scene. After countless hours on the dancefloor from the clubbers view he decided to start making music inspired by the way music can bring together the most diffent people on equal ground.

Together with a close friend he started spinning records in spring 2011. It was the same year in September when D.D.Nose – how they call their project – had their first chance to make people moving and put a smile into their faces. Just a small gig in a small club but completely overwhelmed afterwards High Had’s passion for music reached a new level.

High Had mixes everything from deep house over classic house tunes from the 90’s often combining it with beloved Hip Hop elements. Purring basslines as well as catchy vocals spangle his sets and – as his artist name would suppose – he also cherishes the driving character of hi-hats. There is no clear genre to name the sound of High Had. There is just a single rule for him to be kept – playing the music he loves and hopefully people will dig it.

As a member of Berlin’s young and rising label „Feingefühl“ he already played numerous reputable venues in and around Berlin. Arena Club, Kater Holzig, Ritter Butzke or Chalet Club, just to name a few. Watch out and you will surely have the opportunity to catch this young talent and get high on his sounds!