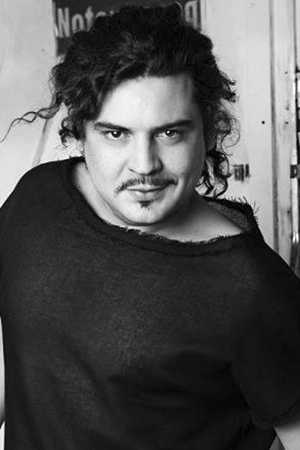 Blasmanjazz comes from a large family of musicians, always surrounded by instruments and colourful personalities, which allowed him to refine his percussion skills and sense of rhythm early on. By the time he was 12 years old, he played drums in a punk band, the Spunk Beatles. He later joined a school for African percussion to diversify his techniques and also started his first collaborations with local DJs from Madrid, all while still performing with his band. At the age of 16, motivated by Jazz, he began studying Music Theory and scores for drums, while taking up classes in Conga Latina, Flamenco and Darbuka, among others. After sharing a booth at a local club called Vanlu with many influential artists such as Javier López, Wavesound, Sowing Paranoia, Makoki and Méndez, he began publishing his first releases on platforms like Beatport, Beatsdigital and Net-Labels.

Fast forward to 2008, at the tender age of 23 years, the renowned Echoplex with his first-class label from Poland, Soleil Records, came across Blasmanjazz and his distinctive sound. What followed were collaborations with names like Pacou, Damon Wild, Wavesound, Djorvin Clain, Taku Yamashita and Roberto Bardini, among others, releasing a total of 22 tracks. Soon after, he would enjoy prominence on a national level via the famous Spanish radio show SIGLO21 on RADIO3.

His work is characterized by a rigorously developed technical discipline, patiently accumulated familiarity with the Techno subculture and, importantly, by a personal interpretation of the new and pure melodies that make up Electronic music such as to create an indistinguishable sound, that may be referred to as retro-digital. You may recognise Jazz, Blues, Flamenco and other musics of the world. He enjoys making electronic music in live-sets, under his alias Blasphemist. He uses various rhythmic elements, synthesizers, frequency modulators and analogue percussions and the result is an avant-garde and conceptual art in which you will discern a wide range of instruments.

He has been living in Berlin for over 9 months now (May 2012) and has established himself with the Berliner label Feingefühl as a Producer/DJ/live-artist. His music is synonymous with all that is exciting about techno, creating a positive and driving energy on the dance floor. Blasmanjazz has an incredible way to communicate with the public and he puts on a show with 6 drums.